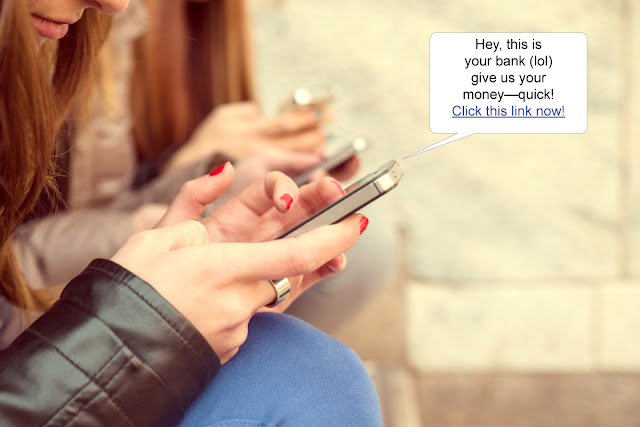 Smishing is an identity theft scheme that involves sending consumers text messages containing a link to a fraudulent website or a phone number in an attempt to collect personal information. This scheme is becoming increasingly popular and consumers should know how to determine if they are being targeted by these criminals and how to ensure that their mobile devices are secure

Mobile phone users should not reply to such text messages, should not click on any link in them, and contact the business that the criminal is pretending to represent.

Consumers should also send these scam text messages to 7726 (SPAM), to cellphone carriers to have the number blocked.  If the smishing scam included the name of a financial institution, contact the bank to notify them of the text.

Tips to avoid falling for a SMiShing attack

Here are some general tips to help avoid falling victim to SMiShing.


Take a breath and think through what you're about to do in response to an unidentified text message, and you should be able to avoid getting SMiShed!
Posted by First City Credit Union at 2:15 PM No comments:

Is Now The Perfect Time To Buy A New Car?

Americans have a definite love affair with driving – and there’s nothing like falling fuel prices to speed our heartbeats. As prices at the pump go down, if you’re like everyone else, your thoughts may be turning toward buying a new vehicle or planning that next road trip or family vacation.

With gas prices at their lowest levels since 2009 and interest rates probably the best they’ll be all year, now might be the perfect time to do both. 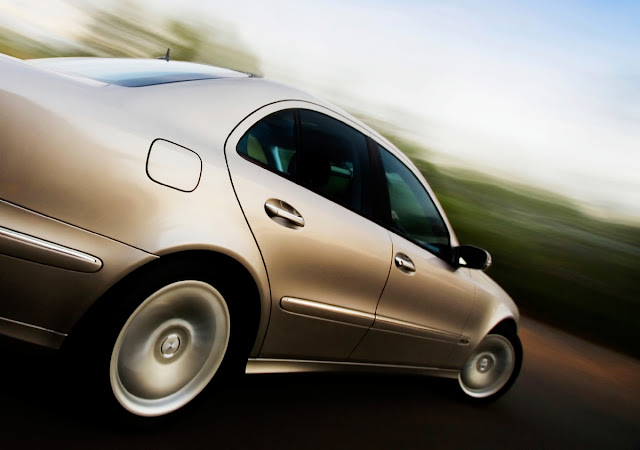 The $2 average per-gallon price of gasoline this week is less than half its 2008 high of $4.10, according to GasBuddy.com. And in some locales, a gallon of regular costs far less than a cup of coffee. In Houghton, Mich., for instance, prices at one station reached a ridiculously low 47 cents per gallon, causing long lines, exuberant motorists showing up with extra gas cans and low-price selfies.
Consumer excitement was palpable. “How low can gas prices go?” tweeted one NBC news affiliate in response to the reverse sticker shock.

Nationwide, the cheapest average price per gallon can be found in Charleston, S.C. at $1.30, while the most expensive is $2.87 is in Los Angeles. According to GasBuddy.com, the cheaper prices will save American consumers a whopping $17 billion this year.  “Buyers seem quick to respond to changes in gas prices, both up and down,” Brandon Schoettle, a project manager studying fuel economy at the University of Michigan’s Transportation Research Institute, told CNNMoney recently.

One definite way consumers are responding is by heading to their neighborhood car dealership. Last year was a banner year for car sales. And industry analysts expect 2016 to be just as good, if not better.

Many foresee the strong market for auto sales lasting at least as long as the low gas prices. Because the bargain-basement gas prices are caused by global conditions, they’ll probably stick around at least until spring, when prices rise in advance of the summer driving season.

Consumers held off on buying new cars and trucks during the Great Recession, a period that also coincided with record-high gas prices. But U.S. car sales have since rebounded. Sales of new cars and trucks came in at 17.47 million last year, breaking the previous record of 17.35 million in the year 2000 and marking the sixth year-over-year increase in sales. Analysts chalked up the gains to a strong economy, interest rates at historic lows and higher consumer confidence.

The  National Automotive Dealers Association expects sales of 17.71 million vehicles this year, driven in part by the low gas prices and interest rates. All the automakers enjoyed healthy sales increases last year. General Motors, Ford, and Toyota were each up 5 percent. But that increase pales in comparison with the increased sales of crossovers and SUVs. More than 2.2 million compact SUVs and crossovers were sold last November, a nearly 20 percent increase over the year before, according to Kelley Blue Book.

Some dealers sold so many crossovers and compact SUVs that there were reported shortages. Because of that, dealers have stocked up this year. You may want to get your auto loan before shopping for a car to speed up the process. Our credit union offers low rates on auto loans, so call (800) 944-2200 or apply online at First City Credit Union's website.  You can also get someone else to do the price-haggling for you by using our free auto-buying service, Autoland.

Interest rates are still low, although they are inching upward due to the strong job market and higher consumer confidence. Now could be the best time to lock in a low rate, since up to four more interest rate hikes are expected this year. First City has some of the lowest rates available in southern California.  To find out the lowest interest rates our credit union is currently offering,visit us here.
Posted by First City Credit Union at 3:51 PM No comments: