6 Times A Bargain Is Not A Bargain 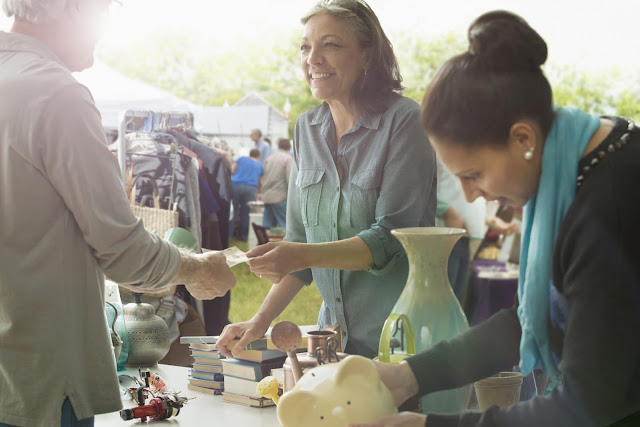 In the words of writer Franklin Jones, “A bargain is something you don’t need at a price you can’t resist.” And we couldn’t agree more.


With the biggest spending season of the year looming ahead, it’s time to brush up on your shopping smarts. Don’t get caught springing for something you can’t afford! This year, give yourself the gift of an intact budget and a credit card balance that doesn’t haunt you for months or years to come.

Here’s when that steal of a deal you can’t wait to show off to your friends is not such a bargain after all.

1. When you don’t need it
The price might be right. But, if the heavily marked-down item is one you don’t need, you’re not getting a bargain at all. You’re just blowing money you could be using to put into savings or purchase stuff you actually do need.

Those flashy signs and hyped-up ads are enough to blind the most discerning shopper, so think carefully before plunking down your money on sale items. If an item is marked down 75%, ask yourself: Would I ever buy this item at full price? Would I buy it if the price was slashed just 30%?

2. When it’s a faulty product
Sometimes, it doesn’t pay to be cheap. If an item is retailing at a ridiculously low price, inspect it carefully. Hold it up to this checklist to determine its quality and durability:
3. When it’s going to go bad before you can use it
Costco, we’re looking at you! Sure, that gigantic package of peanuts that looks like it can feed a herd of elephants is insanely cheap, but who are you kidding here? We both know there’s no way your family can eat it before they start going bad. And there’s no money saved when half of an item gets chucked into the trash.

Before buying in bulk to snag a great deal, be sure the food won’t go rancid or get stale before you can eat it.

4. When the “sale price” is the highest the item’s ever been sold for at this location
Retailers often use underhanded strategies to attract consumers. One of these tactics is featuring an item’s price as a “sale price” when, in reality, the store has never sold it for more than the tagged amount.

Sometimes, the store operators will be basing their sale price on an inflated Manufacturer’s Suggested Retail Price (MSRP). But if the MSRP was artificially inflated from the start, you’re not really getting a bargain, are you?

Other times, the item will come with a pre-marked-down MSRP. The manufacturer’s label might read: “Original price: $49.99. Our price: $39.99.” Of course, the item was never sold at $49.99 and the retailer is just playing games with you. If an item is really marked down, you’ll see a new price tag slapped on top of the manufacturer’s label with the newer, lower price.

5. When you need to mail in a rebate to get the discount
Rebates are a retailer’s best friend. Most of us are just too lazy or forgetful to mail them in. So, we instead end up paying the full price with the retailer getting the last laugh. For instance, in one TiVo subscription promotion that included a mail-in rebate deal, a whopping $5,000,000 was never claimed.

If you’re the super-responsible type who doesn’t know the meaning of procrastination, enjoy those rebate deals. But, for the rest of us mere mortals, it only pays to pick up a rebate item with an instant at-the-register rebate. Otherwise, consider the item as being marked at its regular price.

6. When it’s part of a liquidation sale
Avoid liquidation sales like crime-ridden neighborhoods. While shoppers sometimes snag great deals at these sales, liquidation events are ripe with rip-offs. Retailers post signs claiming “Everything Must Go!” – but that’s where the honesty ends. The “Rock Bottom Prices” they advertise are often as high as the original MSRP – or even higher. The store owners are depending on shoppers to assume that all items are bargain-priced just because they’re at a liquidation sale. Don’t let them pull the wool over your eyes! Stay away from liquidation sales or proceed with extreme caution.

Sometimes a bargain is just that. But too often, what we think is an incredible deal is just another item we don’t need with a perfectly ordinary price.
Posted by First City Credit Union at 10:18 AM No comments: